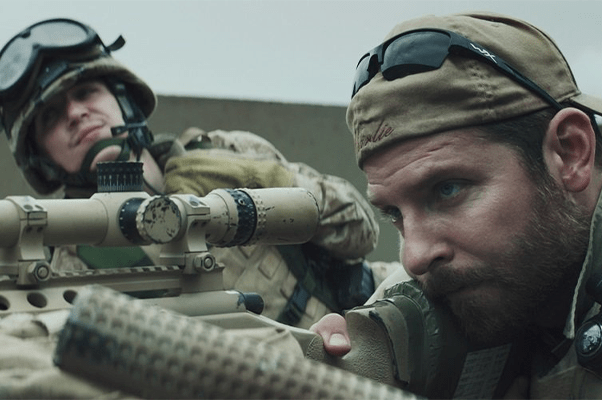 In February of 1999, Chris Kyle joined the United States Navy and began a military career that would ultimately encompass four tours of duty in Iraq. Kyle trained as a sniper who provided overwatch for the United States military. His missions often involved identifying threats to the troops and taking out those threats before soldiers could be injured or killed. With 14 awards and more than 150 sniper kills on his record, Kyle became known as one of the most accurate and successful sharpshooters ever to serve in the U.S. military. The film, American Sniper, is based on Kyle’s autobiography and details his personal and military history as he served his country using his exceptional skills.

What does Kyle’s story have to do with recruiting?

In order to perform his mission successfully, Kyle had to identify a specific target out of a potentially chaotic scene so that the troops under his watch could perform their jobs safely. While there has been some controversy about Kyle’s political views and about the movie’s portrayal of the Iraq War, the image of a sniper operating with laser focus to achieve an objective is one that carries many similarities to the recruiting industry.

If you’ve ever been hunting, you know that a rifle with a high-powered scope gives you much greater accuracy and efficiency than you can achieve with a shotgun. Recruitment process outsourcing is like using a high-powered scope. Rather than putting up job postings and sifting through hundreds of resumes in the hope that the right person responds to your ad (the shotgun approach), an RPO provider will identify the best quality candidates to fill the position. Those candidates may be actively job seeking, or they may already be working somewhere else. By recruiting both active and passive candidates, an RPO firm can pick off the best people from competitors, job fairs, social media, and referral networks to meet the specific talent needs of your company.

The success of any business depends largely on hiring the right people. You need someone who has not only the right technical skills and qualifications, but also the work ethic, interpersonal skills, and communication skills to do the job well. People with the right combination of technical qualifications and soft skills can be hard to find, and that’s where an RPO provider can help you. The RPO firm provides overwatch for your business, identifying the handful of candidates who will make a good fit for your team and freeing your hiring managers to invest their time only in those top candidates rather than sifting through a mountain of applications. Using an extensive network of contacts and a well-honed recruiting approach, RPO providers can identify the best candidates more quickly and at a lower cost-per-hire than most businesses could achieve in-house.

Winning the War for Talent With a High-Powered Scope

While traditional “shot-gun” recruiting methods may sometimes meet with exceptional success, winning the war for talent will require an intentional, proactive “high-powered scope” approach using cutting-edge technology and recruiting methods. Recruitment process outsourcing identifies desirable candidates wherever they might currently be and works to bring them on board with your company. Like Chris Kyle, the successful recruiter will be one that identifies a particular target out of a seemingly chaotic crowd, establishing connections and engaging the talent that will drive the growth of your business.