What Will It Take To Get Truckers On the Road Again? 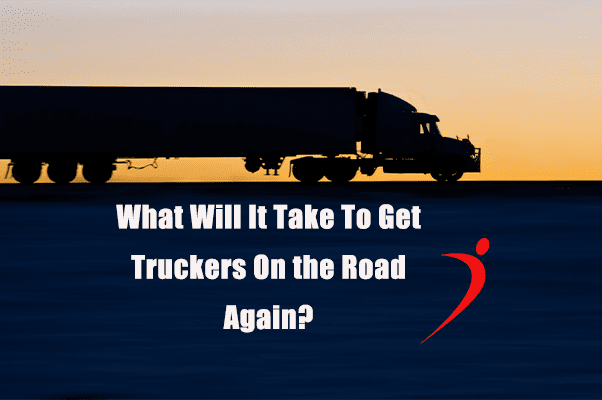 As the economy continues to strengthen, the American trucking industry faces an unprecedented challenge with keeping enough truck drivers on the payroll to meet increased demand for goods. During the recession, the shortage wasn’t as obvious, but now that more goods need to be transported to meet growing demand, commercial trucking companies are scrambling to fill open driver positions.

American Trucking Association Chief Economist Bob Costello cited a 103% turnover rate during the second quarter of 2014. He predicted that the 30,000 unfilled driver positions could quickly mushroom as freight volumes continue to increase.

Why the shortage? First, driver pay typically hovers around $40,000 a year. That’s small potatoes in light of the hours spent on the road away from home and family, the safety concerns, and the more lucrative salaries available in other industries. Some companies have begun offering sizable signing bonuses for new drivers, while others are seeking to increase salaries across the board or paying the $7,000 fee for new drivers to obtain a license.

Another reason for the driver shortage is that as current drivers reach retirement age, there aren’t enough young drivers stepping up to fill the jobs they leave behind. The average driver is in his early 50s. It won’t be long before rising demand and driver retirement combine to create a significant problem for trucking companies.

The good news for trucking companies is that drivers can be found with the right approach.

Case Study
Hire Velocity worked with one Fortune 500 Transportation Company to meet hiring demands. Overall the time to fill rate was reduced by 56% for Class A and 54% for class B drivers; 165 hires were made in 6 months, at an average cost-per-hire of only $727.

Overcoming the driver shortage will require that companies take a hard look at their compensation packages and driver benefits in order to make jobs more attractive. Hire Velocity can help meet the challenge using the proven techniques that have served our clients well time and again.