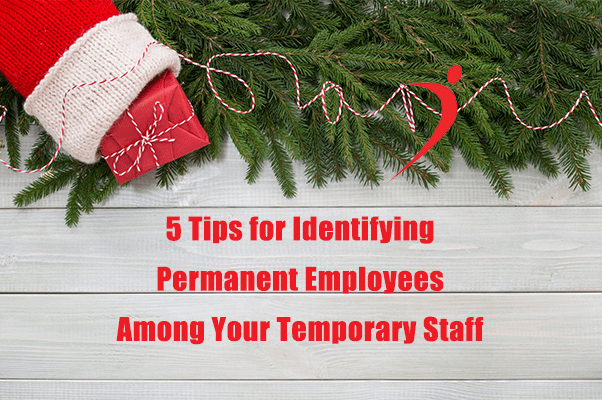 Black Friday may be in the books, but the holiday rush isn’t over yet. Companies like Wal-Mart, UPS, and Macy’s plan for tens of thousands of temporary employees during the holidays, and once the New Year rolls around, businesses will be looking for additional help during tax season.

The good news for both companies and employees is that quality temporary workers sometimes transition well into permanent positions. But how do you know which ones should make the cut? If you hope to hire some of your temporary workers on a permanent basis, start evaluating them early in the season. Both before and after the hire, look for traits that would make the employee a valuable addition to the team.

Hiring seasonal workers can be a good way to offset additional work during busy times and it can give you an opportunity to evaluate individuals before making the decision to bring them on permanently. However, there are also drawbacks to the process, including time spent training workers who may not stick around, potential morale issues, and legal concerns. Careful sourcing, screening, and hiring processes can reduce some of the risk while increasing your chances of finding an employee who would make a good permanent addition to your team.